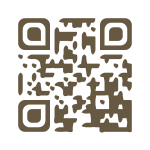 In searching for information about enriched plutonium, I stumbled on several interesting numbers and decided to try my hand at some artistic analysis:
.

He said it’s one of those stories that, when fully considered, leaves us dizzy, disorientated, and deeply disappointed. The painting was tasked with the simple representation of a substance, the slightly modified product of a mineral, teased from the Congolese earth and subjected to the manipulations of our most brilliant alchemists. It proved anything but simple.

Almost immediately the painting began to exhibit instability, an unwelcome volatility. It soon became apparent that the artist had lost all control and the true intentions of the piece became manifest, treacherous and insidious in all of their terrible beauty. The painting’s colors simply devolved into heat and the form became defined by a charred, smoky darkness, only held at bay by a wavering allegiance to a higher nature. Although compelling and oddly seductive, it’s not an easy piece to consider.

Despite it’s obvious character flaws, we can’t seem to look away.