Posted on November 22, 2014 | Posted in Paintings on Acrylic Sheets 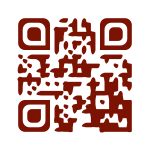 The label on the tube read Liquirizia Nero, a less than subtle reference to its exotic origins. As soon as the cap was removed and enough force was applied to squeeze the thick black paste onto the marble white surface, an illusion of the unmistakable coppery sweet flavor of Licorice found its way to the back of the throat. Masquerading as star anise or fennel, it takes a surprising effort to evict it from its container.

Unlike its cousin Lamp Black, Liquirizia Nero is not composed of smoky particles suspended in a viscous medium, lamp soot afloat in mineral oil base. Instead, the Liquirizia seems more like sugary flakes of obsidian crystal, bathed in a water clear nectar and possessed of a slightly metallic odor and flavor.

There was certainly a concern that it would revert to a swirl, its classical form. He knew that once liberated from the tube, the Liquirizia needed to be quickly contained; lovingly directed to an acceptable artistic and culinary purpose. In the end, the painting is evidence he must have felt up to the task.