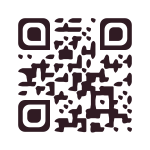 At first he thought there might have been some kind of physical malady responsible for his symptoms:

• a flattening of the visual world,
• a preoccupation with edges; wobbly and straight, hard and soft,
• an obsession with anthropomorphic forms arising from light and shadow,
• an unhealthy, visceral, often sensual reaction to odd sets of color combinations,
• a palpable revulsion in the presence of objects that ,according to some inner and annoying muse, were without doubt misplaced, misaligned or totally un-necessary.
• and, finally, all his symptoms conspiring to inflict an exhausting distractedness.

To recognize the real condition it took just the perfect combination of excessive solitude, repetitive motion, off topic diversions and no small amount of emotional discomfort. His diagnosis was a broad but shallow form of malignant synesthesia, a short circuit if you will, allowing visual data to leak into the larger sensorium, and effectively making a normal life impossible.

Even though it was all self-inflicted, he said he has no real regrets.